A downloadable game for Windows, macOS, and Linux

Vulture is a build-em-up arcade shooter with a retro aesthetic. In Vulture, the player controls a drone provided by the local military as it engages various types of enemies who have invaded the planet. As the player progresses through 9 levels of intense combat, they will encounter increasingly larger and more powerful enemies. Players are ranked at the end of each level based on their score and number of enemies destroyed. High rankings give better rewards!

Destroyed enemy drones will drop credits, power-ups and blocks that the play can use to improve their drone. Players can use the in-depth build screen to create new designs of drones to use. As the player progresses, they will unlock larger templates to build their drones. The design grid starts at 8x8, but increases up to 32x32 by the final levels.

Blocks used in the construction of drones all have specific attributes that change how the players drone will function. All blocks have Power and CPU costs that must be met using system blocks in order for the drone to be able to function.

Players can also equip radar systems which will allow enemies to be located before they come onto the screen. The radar can be improved to have increased detection range and can allow players to plan their route through a level with ease.

Players have access to 5 different weapon types: Plasma, Missiles, Orbs, Flak and Laser. Each of these weapon systems has a Tier 1 and Tier 2 variant. The Tier 2 variants are more powerful but consume more power and CPU, and can’t be unlocked until the later levels. Players can also equip bomb systems that allow the use of a large, screen-wiping weapon once per level.

There are 9 levels of Campaign gameplay as well as a Bonus level that can be unlocked by meeting specific criteria in the game. Levels can be replayed for higher scores and for players to collect more blocks to build with. Each level consists of many waves of enemies followed by a boss. Some levels also have a mini-boss halfway through. At the end of a level, players are given a score (which is the amount of in-game credits received), a letter score (S rank to D- rank), and several items and blocks based on their achieved rank.

Giving players the ability to design their own drones will allow for many different strategies to be used. For example, weapons all have different rates of fire, which can be modified by capacitor systems installed on a drone. Using a single weapon type will yield a very different play experience than using multiple weapon systems. Changing the shape and size of a drone will greatly affect its maneuverability. The player must balance many factors to create a drone design that will be successful!

Cubic Timeline Productions is based out of Alberta, Canada. We take retro mechanics and look for ways to combine them with new innovation to make exciting games.

In order to download this game you must purchase it at or above the minimum price of $9.99 USD. Your purchase comes with a Steam key. You will get access to the following files: 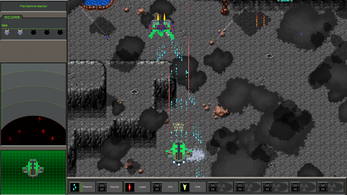 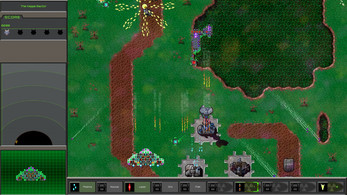 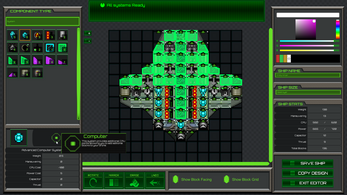 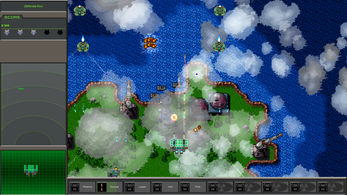 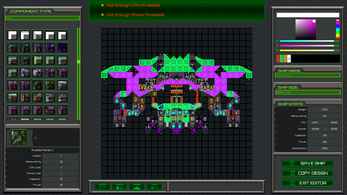